Next Media Animation Scales Up Qube! for Breaking News

Next Media Animation delivers online breaking news that is animated, informative - and sometimes hilarious. Aware of how critical timing is to the value and impact of their distinctive TomoNews web clips, they also deliver their content extremely fast. Already famous around the world, NMA’s success has led to a demand for more content and consequently more talent.

Thirty animated news stories are published daily, covering breaking stories from the US, Japan and world events. The animations are combined with video footage to help viewers visualize and quickly understand headline events as they unfold. Further to straight-up news items, TomoNews defines their style by making a point of including weird, crazy, unexpected stories that are generating the most interest on the internet at any given moment, giving them a special twist with their animations and oddball sense of humour. The team also has a reputation for the satirical Taiwanese animations appearing on the TomoNews platform.

Besides getting their animated news on the web, viewers can download the TomoNews APP from Google Play or the Apple App Store. News media outlets can acquire Next Media Animation’s 3D animated news graphics as a service called News Direct, to use as a part of their own content to enhance news reports, multimedia pieces or in-depth features. Content like this has appeared on The Daily Telegraph, Bild, Der Spiegel, Nieuwsblad, Wired, The Huffington Post, NBC Bay Area, The New York Post, KDVR and others. 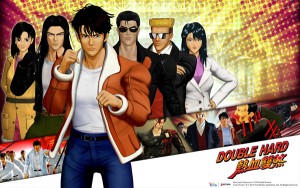 Growth combined with tight deadlines at NAM resulted in the need to manage the increase in rendering jobs more efficiently. With two production lines going round the clock, it soon became apparent that their existing render farm manager wasn’t scaling to meet the workload, and they decided to start using render management software, PipelineFX Qube!

“We needed Qube! to adapt with us because our projects were expanding and our goals were getting more ambitious,” said Kenneth Chan, MIS Lead System Engineer at Next Media Animation. “We wanted software that is flexible enough to change and stable enough to base our future plans on, which is how Qube! works.” 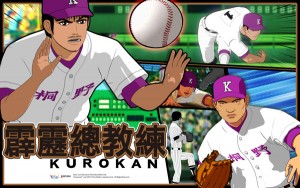 “Efficiency is always the goal, whatever you are doing in production work. As our workload grows, Qube! remains responsive. When it comes to rendering, the default situation is often a state of gridlock, but you can use the prioritization settings in Qube! to manage which jobs get finished first. Order brings speed, and when your’e delivering news, you need to react quickly if you want people to tune in.”

Apart from the TomoNews web content, they are producing 3D manga cartoons like ‘Kurokan’ and ‘Double Hard’. Frames, layouts, dialogues and artwork from the original manga comics are transformed with 3D CG aniamtion. Achieving a balance between these two streams of output has made render efficiency especially important. However, because the Qube! render farms can run at utilization rates as high as 95 per cent, the need to buy more servers is less urgent.