After recently wrapping 350 shots on “Captain America: The Winter Solider,” Asia’s biggest visual effects studio is already hard at work on “Teenage Mutant Ninja Turtles” and “Transformers: Age of Extinction.” Base FX’s four year history with Qube! has shown them how prioritization and pulling actionable intelligence from the farm (Smart Farming) can drastically change efficiency operations on projects with tight timelines. Moving up to 800 licenses now means more ammo for the cannons. 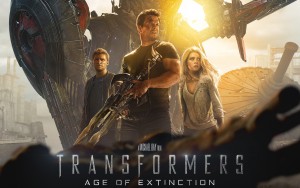 “For years we were assigning frames to nodes manually, which just weighed our pipeline down,” said Alex Robin, head of operations at Base FX. “Once Qube! came in, it totally changed the way we manage renders. Our efficiency increased dramatically, and we could scale the business.”

Since 2012’s Strategic Alliance Agreement with Lucasfilm’s Industrial Light & Magic, Base FX’s stable of projects has been growing rapidly. The ability to adjust render priorities quickly has been their ace in the hole when working through multiple projects at once, often for a variety of Asian and American studios.

“The value of robust render farm management is priceless,” added Robin. “Equipment is one of our biggest expenditures. Managing those resources efficiently with Qube! has been transformative to our business.”

About Qube!™ and Smart Farming™
Qube! is an intelligent, mature and highly scalable render management solution that can be quickly integrated into any production workflow, and is backed by world-class technical support. Smart Farming delivers intelligence to production pipelines by providing business-critical insight into render pipelines, maximizing investment in rendering infrastructure and automating manual processes. Qube! works out of the box with all leading content creation applications and is truly cross-platform with all software components available on Windows®, Linux®, and Mac OS®X operating systems.

About Base FX
A two-time Emmy winner, Base FX is the leading visual effects studio in Asia, specializes in high-end creature and character animation, fluid and dynamic effects, and photo-real 3D matte painting and set extensions, as well as high quality roto, layout, and asset creation. Located in Beijing, China, the company employs more than 350 full-time staff. Since its establishment in 2006, Base has worked with major studios from around the globe, creating visual effects for such films as “I Am Number Four,” “Looper,” “Super 8,” “Transformers: Dark of the Moon,” “Star Trek Into Darkness,” and “Conan the Barbarian,” and “Mission: Impossible – Ghost Protocol.”