Jobs are hard for anyone to find right now, let alone grads looking to break into desirable markets like animation. To get hired, candidates must show both serious talent and applied experience with professional tools in a team-driven workflow. Students at Loyola Marymount University’s School of Film and Television are no strangers to this challenge. But for awhile, their intentions to meet it head on were held back by their school’s limited and inefficient rendering pipeline. That changed the day they installed PipelineFX Qube!

In the professional world, Qube! is the preferred render farm management solution for leading visual effects houses like Digital Domain Media Group, Arc Productions, Method Studios, and Image-Engine. These studios use it to ensure that their rendering pipelines run smoothly, even under the strain of production demands. The new hires these organizations take on will also be working with Qube! as it helps them maximize their creative output and hit key deadlines. The very things that LMU students were having trouble doing.

Before Qube!, LMU’s lab was experiencing a severe bottleneck. The lab was filled with isolated desktops that limited students to rendering on single workstations. This created a system of long render times that tied up computers and prevented students from accessing their project work.

“We needed to get the students back on track,” said Mark Allen, LMU’s Animation Technical Services Engineer. “We needed something that was powerful for the students and easy-to-maintain for the technical team. Qube! was a turnkey fix that fit right in and cleaned everything up. Our rendering capabilities improved almost immediately.” 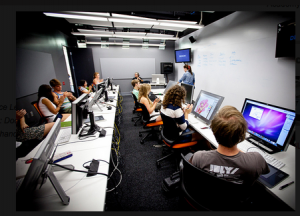 With a reliable and efficient rendering solution in place, the way that students approached their work became much more professional. Before, students used to work on their animations with few test renders, leaving no time for corrections if their project needed significant changes at the end of the term. Qube! allowed them to achieve faster iterations through distributed rendering so they could get to the final product, and any necessary changes, much faster. This created a situation where students were improving and showing off more creative output at a much quicker rate; it also made them a lot more relevant to the outside world.

To Mark, the changes were significant. He could see their progress and knew that Qube! was teaching the students real skills that they could apply to real world jobs. "Since we got Qube!, students don't have to learn a tool and then throw that knowledge away when they graduate," says Allen. "A lot of major studios use Qube! and many of our graduates move on to work for these companies. This is a great way for them to become ready for these roles." 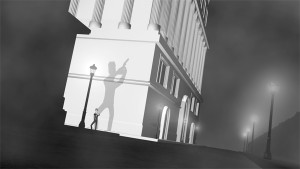 Behind the scenes, Mark was finding Qube!’s programmable functionality to be transforming from a technical level as well. For instance, to fix the gridlock that students were accustomed to, Mark, along with the help of PipelineFX’s support team, set up a feature that dramatically increased rendering throughput. It was called aggressive pre-emption, and it enabled lab workstations to be used for rendering any time a student wasn’t logged in to the system. If a student needed to log on, a script would run that killed frames rendering on that machine immediately. The disrupted frame would then begin rendering on another machine automatically, and the student was free to use the computer for other projects. This effectively doubled the lab’s rendering output.

"Tech support from PipelineFX has been great," he says. "I approached this render farm as an artist. I knew how it could help create projects, but I needed tech support that I could ask, 'I need the farm to do this, how can I do it?' PipelineFX has held my hand whenever I needed it, and Qube!'s GUI-centric nature makes it easy to use and understand." 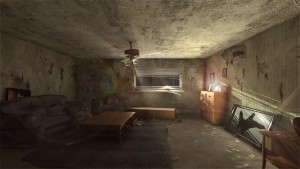 Today, LMU’s animation program is dynamic and strong. A rendering bottleneck no longer governs its lab, and students are becoming valuable assets that can be easily plugged-in to any studio environment.

“We want the best for our kids,” said Allen. “It’s a tough market out there, and they need to have the best tools available to them, if they are going to get ready for it. Qube! removed the barriers that used to stand in their way. Now they have the freedom to get back as much as they put in; and with academics, that’s about the best you can hope for.”

About Qube!™ and Smart Farming™
Qube! is an intelligent, mature and highly scalable render management solution that can be quickly integrated into any production workflow, and is backed by world-class technical support. Smart Farming delivers intelligence to production pipelines by providing business-critical insight into render pipelines, maximizing investment in rendering infrastructure and automating manual processes. Qube! works out of the box with all leading content creation applications and is truly cross-platform with all software components available on Windows®, Linux®, and Mac OS®X operating systems.