“Qube! can deliver a lot of hard data about your farm and we mine it all,” said Gino del Rosario, Head of Technology at Image Engine.

How many CPU minutes does it take to make 1,000 VFX shots for “Chappie”? Over 95 million – or, put another way, the equivalent of one computer working non-stop for 2,000+ years. With numbers like these, it’s no wonder VFX houses like Image Engine refuse to leave their render farms to chance. Major movie projects and custom pipelines require something more, and for Image Engine, that something is PipelineFX’s Qube! – the most trusted render farm manager for VFX.

After 20 years in the business, Image Engine is no stranger to sci-fi. Since 1995, the Vancouver studio has contributed feature-quality work to “Elysium”, “The Thing”, “R.I.P.D.” and Neill Blomkamp’s worldwide smash, “District 9”. Now, with Sony Pictures and MRC’s “Chappie”, a 150-person team tackled Blomkamp’s latest tale about a police droid who gains the ability to think and feel. Charged with fight sequences, hard-surface character creation, live-action animation, comps and lighting tasks, the 500 machine render farm was put to the test, making the need for stability even more important.

“Qube! never crashed during the entire production of ‘Chappie’,” said Gino del Rosario, Head of Technology at Image Engine. “Some of the simulations for our final sequence took machines with 192 GB of memory over 24 hours to render a frame; we need something we can count on with that kind of load.”

Image Engine, the primary facility on the project, spent nearly a year and a half creating the VFX. Qube!’s role was to make sure that the project hit its deadlines and didn’t derail renders for any other in-house projects.

Since Qube! is shared by all in-house production teams, Image Engine designed a specialized prioritization system that made use of the software’s open API capabilities. Nicknamed RIOT, it acts as another layer on Qube!’s own routing system, and allows the film, commercial, previz, TV and game departments to categorize renders using simple tags like 911, Overnights, Overdue, and Finals. For a studio that has to balance competing schedules, this was essential, especially since “Chappie” alone averaged 36,107 tasks each weekday.

This flexibility emerged again when it came time to integrate Qube!. While their tools might look familiar – Maya, Nuke, Houdini, Shotgun and RV – their backend was not, leading the team to develop an abstraction layer that would modularize how custom render jobs interact with Qube!. For most studios, this would be unnecessary since Qube! comes with over 40 job types that cover all industry-standard packages, but for Image Engine, a custom system meant specialized needs. Qube!’s open API came to the rescue.

“The fact that Qube! lets you tailor its strengths to your needs speaks a lot to its history as a production render farm manager,” added del Rosario. “It’s been in the trenches and knows what makes a render pipeline pull its weight.”

Since its inception 12 years ago as a proprietary tool for Square’s “Final Fantasy: The Spirits Within”, Qube!’s growth has matched the needs of 3D artists, often designing features based off onsite discussions with users.

Utilizing PipelineFX support on “Chappie”, Image Engine was able to optimize Qube! so they didn’t have to buy additional licenses for the project’s last push.

“We try to keep our farm at a set level during productions since it’s very costly and sometimes near impossible for us to add any significant capacity later on,” said del Rosario. “Thanks to PipelineFX, we never had to scale up our workstations or licenses. We could respond with what we had.”

To respond efficiently meant running at full capacity, and to do this, Image Engine turned artist desktops into render nodes when they weren’t in use. By using a custom tool that runs on all internal Linux workstations, Image Engine was able to query users on whether their machines were available for duty. This exclusive feature maximized the studio’s farm output and ensured that their system worked 24/7 at as close to 100% capacity as possible.

Full capacity and over 500,000 total render jobs also generated a lot of pipeline intelligence. Using Qube!, Image Engine was able to harness its database to inform their own strategic decisions.

“Qube! can deliver a lot of hard data about your farm and we mine it all,” said del Rosario. “By consulting our database, we can profile shots, help estimate timelines for upcoming projects and even set new internal priorities. Information like it taking us 498 days to complete “Chappie” or that we were running an average of 1,479 render jobs a day lets us benchmark how we are doing now and consider with how we can do better, all of which makes us a much stronger studio, in a strategic and operational sense.”

With Image Engine’s help, Qube!’s intelligence features are only going to get better. Starting soon, Image Engine will take part in a pilot program designed to bring dashboards to the entire community. “Accurately displaying data in a meaningful, visual context will have a massive effect on pipeline management,” said del Rosario. “Visualization is the future, and we can’t wait to help Qube! get there first.”

“Chappie” is in theaters now.

About Image Engine
A privately held company headquartered in Vancouver, Canada, Image Engine is led by CEO and co-founder, Greg Holmes. Image Engine has gone from strength to strength since its beginnings in 1995, including work on blockbuster movies and much-loved TV shows, and an Academy Award nomination for its visual effects work on “District 9”. The studio is currently in production on “Point Break” and “Jurassic World”.

To learn more about Image Engine's VFX work on "Chappie" also check out: 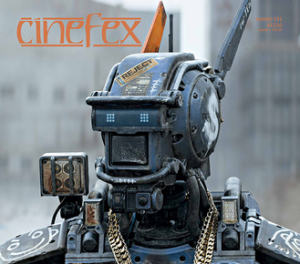 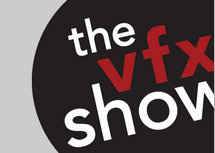