During Autodesk University, PipelineFX taught designers how Qube! helps architectural visualization experts with their support for VRED with a new beta job type and SketchUp.   Qube! has also recently debuted a new licensing system for designers that drops worker prices to $100/host.

CEO Richard Lewis spoke with AECCafe Voice back in December about their render farm manager Qube! and the company perspective. 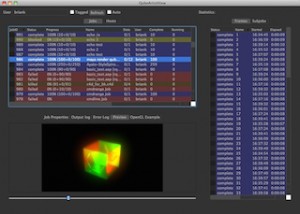 In 2002, PipelineFX was launched, based on the rendering property of a movie company. They bought the intellectual property of the software management team, and they wrote their own render manager. PipelineFX is aptly named and based on a pipeline that starts at the storyboard and ends at a finished render with any computer graphics project, primarily around visual effects or computer graphics. 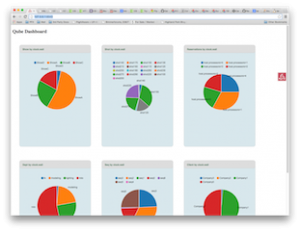 “From 2002 until the present, we’ve taken a large studio render farm management solution and put GUIs on it, charts, dashboards, installation routines, documentation videos, training. We’ve parsed it out to be lot easier to use, and not require any programming and to be able to handle pretty much any render pipeline,” said Lewis. “I started in 3D with architecture. Architecture is slow and I thought we’d be a lot farther ahead with 3D and animation in the design world. But the infrastructure in a design firm is very different from that in a film studio. There’s not a cold room, or a server machine with a lot of machines with an IT staff taking care of them, tons of electrical and a/c at the disposal of the designers. In an architectural firm, typically there are just desktops. There has been sophistication needed in the render farm management piece, as well as training and education of the user base, of render farms and how to manage the pipeline. So we’ve been working on that for years.”

PipelineFX is a small team with a wide reach – from Honolulu to London. They primarily sell to the visual effects industry, design verticals including the automotive and product design industry and to schools teaching digital media.

Lewis said that Qube! is a “professional replacement” for the render manager, BackBurner, that ships with Autodesk’s 3D Studio Max. PipelineFX can manage just about every content creation management system out there.

“The system is simple – we have Supervisor that is the brains running a database making all the decisions and keeping track of all the jobs,” said Lewis. “We have software that runs on your desktop. You go inside 3D Studio Max when you want to submit a render. You’re launching our software, we pre-populate as many fields as possible to eliminate user error or minimize it and then send the job into the system. The Supervisor thinks about what it’s priority is, what resources it has, matches it up and makes sure it gets rendered. And then we have a couple of graphical user interfaces, for artists and designers to use, and we have a more complicated one for technical people to use to manage the process, i.e., where I am and whether my job has started or not, is it finished, what happened to it, how to trouble shoot it.”

VRED is a real time visualization system, based on a cluster of machines, that aggregates the power of many machines to try to see a render in high resolution in real time.

“We manage primarily still image rendering and animation rendering and we have a lot of joint customers with Autodesk,” explained Lewis. “Autodesk asked us to add a VRED interface to Qube!, so we take over their cluster, render what they need and then give it back for real time use. They’re not using it for real time preview all day seven days a week, so they’re able to use all that compute power for animation rendering as well.”

Now Maya and 3D Studio Max users can get access to the VRED cluster as well as VRED software that allows for animation. They can increase the scene size and quality because the CPU can calculate all night on one frame. Real time systems have a framework that you have to stay within for it to display in real time.

“So we’re extending the VRED cluster capability into animation and providing access to VRED clusters and apps other than just VRED to the animators,” said Lewis. “We’re always looking for integrating everything a computer graphics company does into a single management framework, because rendering is the gateway to computer graphics work – you can’t think about editing it again until you’ve rendered it. This is our new drawing board.”

The rendering cycle is shortened as 3D pushes back to earlier in the design cycle – back to the conceptual design phase.

“Manufacturers have been quicker to embrace this with render horsepower,” said Lewis. “Architecture firms are very office based, often in a single office and with a single machine. Design firms are just now putting together machines that are dedicated and would render all the time.”