In a hip, newly renovated industrial park in Culver City, CA, the 10,000 square foot Technicolor Experience Center (TEC) nestles unassumingly amongst the stylishly naked concrete and steel offices of maverick agencies, startups, and independent producers. Its official opening is June 15 but even though I'm almost a month early, Mark Turner, Technicolor's VP, Corporate Partnerships and Strategy, graciously agreed to give me a preview anyway. "The purpose of this building is to bring people together to learn, to experiment, and to solve hard problems facing producers of VR and AR content,"  Turner told me during my visit. 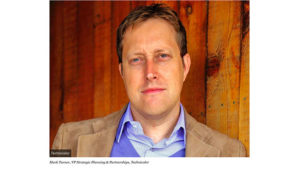 TEC features every commercially available headset: Rift, Vive, Hololens, Playstation VR, the mobile GearVR, which is powered by the Samsung 7 smart phone, and Google Daydream, which is only compatible with its Pixel phone. The TEC is open to anyone in the entertainment industry, game producers, studio executives, content distributors, writers, cinematographers. "Anyone," says Turner, "who wants to see what's around the corner ahead of them". I'm told the head of Google VR was a recent visitor. TEC features a 3,000 square foot motion capture space which can also be used for large meetings. Unreal, which makes the critical software on which many VR apps are built, recently conducted two days of training there. "We want to be a gathering place, a salon, for the best thinkers about this new medium," Turner said. 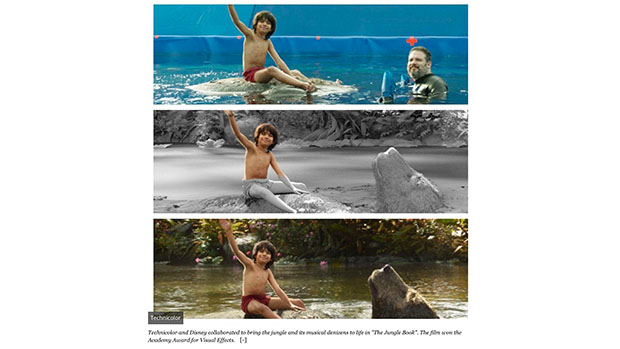 Technicolor and Disney collaborated to bring the jungle and its musical denizens to life in "The Jungle Book". The film won the Academy Award for Visual Effects.

Technicolor touches 70% of studio movies, but they don't process film anymore. They create and manage digital assets, from conception to the home. Technicolor is now the #2 player in the "connected home" category, making set-top boxes and gateways for partners like DirectTV. Their executives are especially interested in the home of the future and the role the router and set top box will play in that connected home electronic ecosystem now known as The Internet of Things, or IoT.

I demo'd several experiences which are curated by staffers who personally attend visitors. VR is so much more enjoyable when someone else has already done the tiresome downloading and calibration needed to set up each experience, no matter what the system. As Turner showed me the work of Technicolor's advertising effects studio, The Mill, I wondered out loud, "don't you guys develop film anymore?" The answer is no. Everything but. So they thoughtfully set me up with CEO Frederic Rose, who turned a dying film processing business into a digital production dream factory with one eye on the bottom line and the other on the future, and the amazing promise of fully immersive digital entertainment that puts you, literally, inside the movie or video game.