All articles:
Hide
By MALLORY PICKETT

The visual effects industry, and the “movie magic” blockbuster films spend huge shares of their budgets on, are being lured away from California — and into two of the most expensive cities in the world.

In the summer of 1993, dinosaurs walked through America’s theaters. The first sight of them was breathtaking. There was the anticipation, as Laura Dern and Sam Neill’s helicopter landed and they bumped over green hills in their red Jeep. Then, finally, it came into view: a brachiosaur, plodding among eucalyptus trees, rearing up and stretching its neck to nibble at the treetops like a skyscraper-size giraffe. Neill sank to the ground, doing his best to appear overcome with awe.

In reality, Neill was probably looking at a lime-green backdrop, or maybe the film’s director, Steven Spielberg. But in a movie theater in New Orleans, David Breaux Jr.’s eyes filled with tears of real amazement. “When the brachiosaur stands up and picks the branch off the tree and then falls back and hits the ground — boom!” he recalls. “I was like, that’s what I want to do.”

Breaux, then 21, had just finished his second year at Columbus College of Art and Design in Ohio. Drawing, computers, movies and video games had been his passions since childhood, but it wasn’t until he saw the brachiosaur that he realized all these things could fit together. The dinosaur was created with “visual effects,” abbreviated in the movie business as VFX, the art of combining real-life footage with hand-drawn or computer-generated imagery. This was a distinctly different field from old-fashioned “special effects” — the illusions, like fake blood or dinosaur puppets, employed on set during filming — and Spielberg had just elevated it to magical new heights.

Breaux spent the next decade trying to get closer to that magic. After college, he took a series of jobs as an animator and as a character developer at video-game companies, first in Minnesota, then Indiana, then Texas. Each new job felt like progress: He was getting closer to Hollywood. Finally, in 2003, he was hired as a staff animator at Rhythm & Hues, an Oscar-winning VFX company in Los Angeles, renowned for its creature animation in movies like “Stuart Little” and “Babe.”

“That was the absolute highlight of my life at that point,” says Breaux, a tall man with deep-set brown eyes and a hint of Southern drawl. Even his traffic-snarled Los Angeles commute felt like an achievement: “You’re driving on the 405. You know, you’re there.” And the visual-effects industry was then more productive than ever. “Lord of the Rings,” “Harry Potter,” “Pirates of the Caribbean” — blockbuster films were falling over one another to dazzle audiences with the realest fake creatures and biggest battle scenes. Breaux worked on animating Bill Murray’s “Garfield” and bringing life to Aslan, the lion in “The Chronicles of Narnia,” before being designated the lead for a special project — a short film combining movie and video-game technology — in 2006. He and his fiancée had bought a house near Burbank; he had a clear vision for his life and his future in the industry. 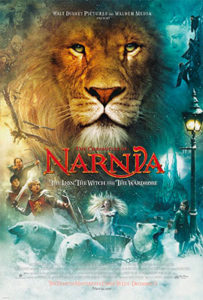 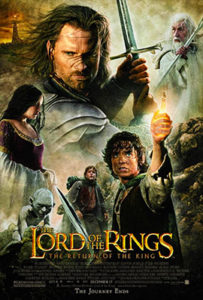 About a month into their work on the short film, Breaux and his team were sitting in their office near Culver City, deep into production, when one of the artists got a phone call. He left to take it, and when he returned it was obvious that something was wrong; Breaux thought he looked as if a family member had died. But it had been Rhythm & Hues’s human-resources department, calling him to come into its office. He was being let go.

“We all felt really bad for him.” Breaux recalls. Then the next guy’s phone rang.

One by one, each of the eight team members got the same call. When Breaux saw his phone light up, his heart dropped. After he handed in his badge, he called his manager while driving home on the 405 for the last time. “Did I do something wrong?” he asked. It’s not you, she told him. We just don’t have the work.

Breaux’s layoff caught him completely off guard. But in retrospect, the warning signs had been there for months. Every Friday, the company’s owner hosted a meeting to update the staff on what movies the company had bid on, so they could see what might be coming down the pipeline. Breaux attended every week, and he had noticed that they were starting to lose a lot of bids. They weren’t losing to their established competition in Hollywood either. They were being undercut by cheaper labor overseas — not in India, Korea or any of the other familiar culprits, but in one of the most expensive cities in the world: London.

“Ultimately, the visual-effects facility winds up bidding on something that they don’t really fully understand, because they’re often asked to do something that’s never been seen before,” says Scott Ross, a founder, along with James Cameron, of Digital Domain.

Movies, always the realm of fantasy, are now further removed from reality than ever. Actors do their acting in spandex suits on blank stages, delivering their lines to position markers an 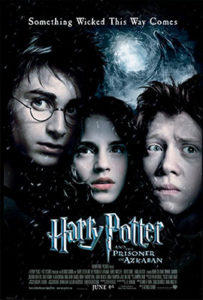 d balls on sticks. Then an army of VFX artists transports them back in time, adds dragon companions or blows up their car. Audiences love it. Of the 25 top-grossing films of the 21st century so far, 20 have been visual-effects showcases like “Avatar,” “The Avengers” and “Jurassic World.” (The other five were entirely animated, like “Frozen.”) The typical blockbuster now spends about a third of its production budget on visual effects.

But while visual effects’ role in movie making is growing, its presence in Hollywood is shrinking. From 2003 to 2013, at least 21 notable visual-effects companies went out of business, including Digital Domain, which produced the Oscar-winning effects in “Titanic.” Rhythm & Hues finally filed for bankruptcy protection in 2013, just days before winning an Oscar for “Life of Pi,” though it has since been revived under new ownership, working largely on TV shows like “Game of Thrones.”

One factor behind these companies’ failure is a raft of tax-incentive programs that have popped up around the world in an effort to lure cash-starved VFX production companies — and their high-tech jobs and movie glamour — out of California. The chief destinations, at the moment, are London and another even more expensive city: Vancouver, British Columbia. The stunning, Oscar-winning spacescape of “Gravity”? Created by London’s Framestore. The fantastical jungles of “The Jungle Book”? Most of the credit (and the Oscar) belongs to the London-based Moving Picture Company. The grand, galactic battles in “Star Trek Beyond”? That work was led by Double Negative in Vancouver. The companies that make billion-dollar blockbusters possible are barely hanging on, and — for the most part — they aren’t anywhere near Los Angeles.

The mechanics of this large-scale migration start with the basic business model by which VFX houses are paid. “During the golden age, they had visual effects and optical effects in house,” says Scott Squires, an industry veteran who got his start in 1976 on Spielberg’s “Close Encounters of the Third Kind.” Movies would hire effects artists, who would be paid directly by the film production. But in 1975, George Lucas started a stand-alone outfit called Industrial Light & Magic to work on his passion project, “Star Wars,” and soon moved it north to Marin County. In 1979, Squires and five other visual-effects artists founded a company called Dream Quest. The advantages of independent effects houses were obvious: They could make more money, and maintain more creative freedom, as businesses than they could as individual freelancers.