Director James Gunn and VFX supervisor Chris Townsend recently tapped Deluxe’s Method Studios to handle a broad scope of work for Guardians of the Galaxy Vol. 2, which continues the adventures of Peter Quill, Gamora, Drax, Groot and Rocket as they unravel the mystery of Peter’s true parentage.

Method VFX supervisor Nordin Rahhali explained that the company handled a few shots on the first film, building a relationship with the director and VFX supervisor. “When this film came, we were able to get in very early on as one of the primary vendors and of course had a large part of the film carved out for us,” he says.

Rahhali led a team of over 250 artists that delivered roughly 550 shots for the film, or 40 minutes of work. He noted that the work crossed several disciplines, including “a lot more character work than we've done in the past at Method, which was something I personally was very excited to do.” 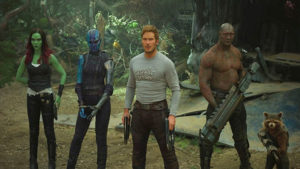 The work was divvied up 60/40 between the company’s Vancouver and L.A. studios respectively. According to Rahhali, the artists had a lot of creative reign and freedom to explore ideas in the process. “James doesn't always have a clear picture of exactly what he wants, but he knows what he likes when he sees it, and he knows when it's not there yet,” he reports.

Rahhali credits digital effects supervisor Sean Conrad with keeping things flowing smoothly in Vancouver, while he himself was going back and forth between the two facilities.

One of the most complex sequences Method created was the film’s final scene, where Yondu's ashes are released into space as the Ravager Fleet arrives to pay their respects. Rahhali explained that the script called for the Ravager salute, but no one really knew what that would look like. “There was a loose idea that lots of ships come from all the corners of the galaxy and there's some kind of light show,” he notes. “So, based on that very loose description, we started culling something together with dozens of ships. It was like, ‘Dozens of ships?’ That's not right. I mean, this was supposed to be huge. So, we put in thousands of ships.” 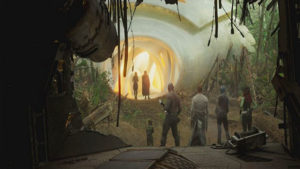 In addition, the character Rocket – a talking racoon – called for a custom pipeline to handle fur rendering, giving the artists a high-quality preview, without having to go through lighting and rendering. 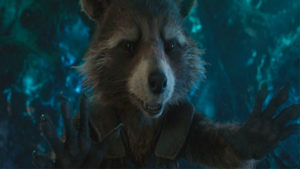 He concludes, “We're doing shows now that are using those tools and we’re developing them further. But, a lot of those things weren't in place [on this film]. That was definitely one of the big challenges, just how to deal with characters on a show with hundreds of shots. The pipeline is very different when you scale to that many shots or that many characters.”