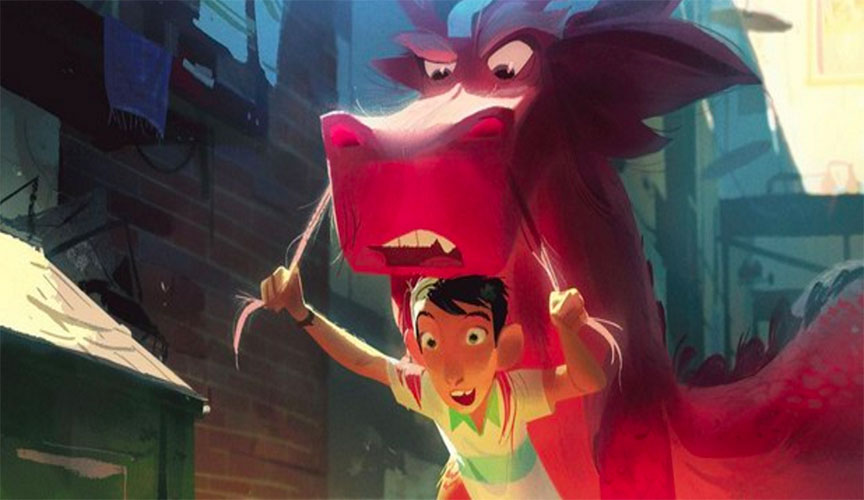 'Wish Dragon.' All concept art images courtesy of Base FX

It should have been a simple decision for writer and director Chris Appelhans as he shopped his one-page animated feature film treatment for a movie called Wish Dragon around Hollywood. Met with immediate, seemingly “too good to be true” enthusiasm from studio execs racing to push any “fantastic” idea for a Chinese animated film into production, Appelhans could have easily taken a fast, generous payday with just a handshake. But, something didn’t seem right about a process where “easy” began feeling synonymous with “ill-advised,” a process where his short term financial gain would come at the expense of emotional honesty and long-term creative success.

Enter Beijing-headquartered visual effects studio Base FX. Cautious, careful and conservative are three words almost never associated with Chinese animation studios. Yet those three words exemplify the growth strategy Base CEO Chris Bremble has stuck with for over a decade, a strategy that has guided the studio’s consistent, hard-fought growth within the arguable crazy but always treacherous world of Chinese entertainment production. By working on a prudently selected set of both Chinese and international visual effects projects, Base has grown into one of, if not “the” top VFX producer in China as far as quality and ability to deliver that quality on time and on budget. Through their work on films like Monster Hunt and with ILM on Star Wars: The Force Awakens, Transformers: Age of Extinction and the upcoming The Great Wall, Base has consistently demonstrated it can deliver on increasingly bigger and more sophisticated high-end projects.

But making an animated feature film is not the same as producing even the most impressive visual effects. Always one of Bremble’s long-term goals, entering the “Chinese IP Derby” means so much more than wanting to own a film rather than just work on it. Far too much Chinese production money has and continues to pour into ill-fated projects where the driving creative force remains pointing to one of a few successful films and exclaiming, “Make me one of those!” For serious investors, barriers to entry are extremely high. Few are willing to make the enormous and daunting long-term financial commitment needed, let alone practice the patience required to build a development and production pipeline capable of generating top quality stories with the look and feel Chinese audiences expect -- Lightchaser and Original Force are two that come to mind. Bremble waited years before deciding there was sufficient talent and the right financial backing to launch a feature animation studio capable of producing films that could meet his high-quality standards. And Appelhans’ Wish Dragon was the story Bremble decided would make a worthy inaugural entrance into China’s risky and crowded animated feature film market.

I spoke to Appelhans at length last week about Wish Dragon. In a long and insightful interview, he shared his reasons for choosing Base and how despite the lure of big and fast money, the desire to raise the bar and bring a new level of storytelling and visual sophistication in animated features to Chinese audiences was just too enticing to ignore. 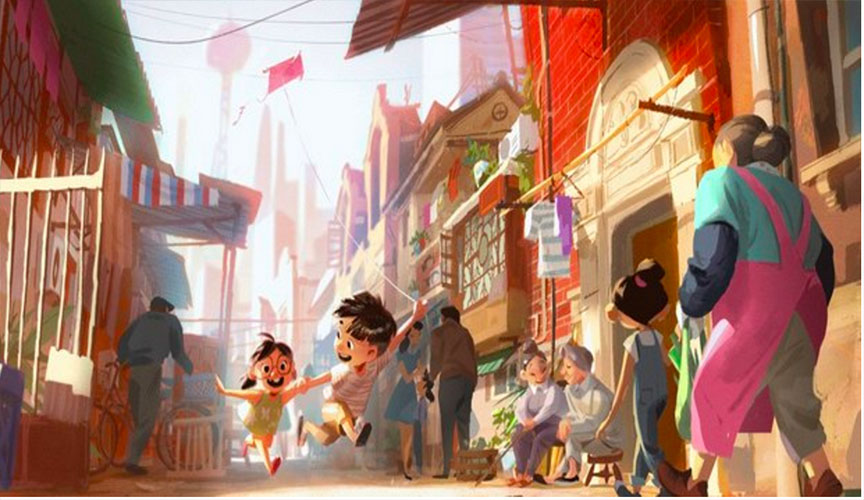 'Wish Dragon.' All concept art images courtesy of Base FX.

DS: What is it about Base you think ultimately will help you make a better film than you'd make at another, much larger studio?

CA: The number one thing, my number one goal, is to tell a story set in contemporary China and for that to feel authentic, it must feel authentic to a Chinese audience. Anything else would be a weird appropriation. The Base team is made up almost entirely of people who've grown up in China…they are the generation that this movie is intended for. They grew up at a time when China was a pretty different country than it is today. They've been navigating within that incredible change alongside their parents and families.

That's really what a lot of our story's about. I realized we had no chance of doing that right without those authentic voices right next to us the whole way. It's not the kind of thing that an executive can help you with. It’s not the kind of thing you want executives trying to explain to you. It has to be personal. To have a crew of several hundred people who can help us with that, as opposed to some consultant at an American studio who's trying to speak for all of China, that felt like the only honest, reasonable option for us if we wanted to make something that was going to ring true.

Second, Base is one of the very few studios that has successfully navigated the turbulent waters where Western entertainment business and Chinese entertainment business and creative business overlap. You produce something that makes sense to both sides of the equation. That's something that Base has been doing successfully for more than 10 years. Those waters will be turbulent for a long time because the countries are so different and the process so complicated. I kind of looked at that and thought, "Well, it's a bit of a crazy choice but as an artist, I guess I would feel really bad picking any other route.” 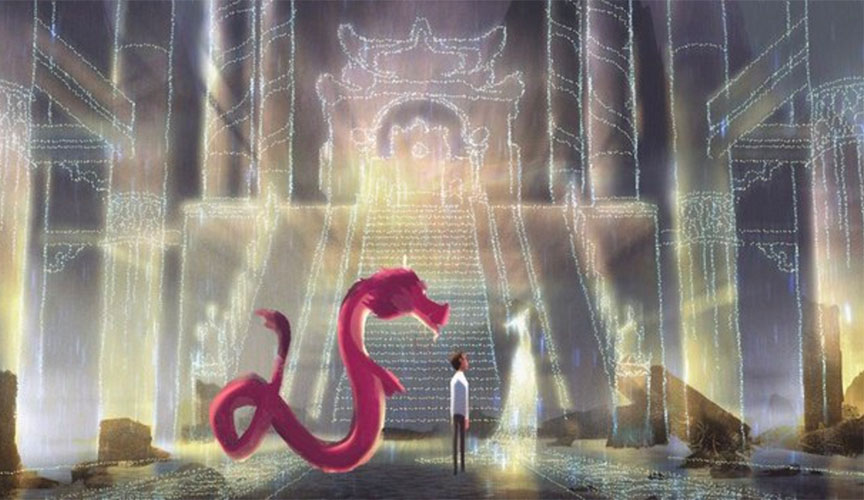 'Wish Dragon.' All concept art images courtesy of Base FX.

For the complete story, visit http://www.awn.com/animationworld/base-fx-enters-risky-chinese-animated-feature-arena-wish-dragon